here, queer, and ready to read

A Wrinkle in Time is one of those books I read over and over as a child. Meg didn’t have magical abilities, or superhero strength. She was a girl, like me, who felt she didn’t belong. And in those pages I saw that my stubbornness and brain could be my biggest strengths. I believed, for a while, that could change the world, exactly as I was.

So I approached the movie with trepidation. Would it trample on my childhood? Would it capture the wonder I remembered? Would it leave me disappointed? The director and casting gave me hope, the trailer looked promising, but still. I was worried. I needn’t have been. It was visually stunning and emotionally resonant. I cried nearly the entire time.

Storm Reid as Meg was so perfect I thought my heart would literally burst. Reese Witherspoon and Mindy Kaling could not have been better suited as Mrs. Whatsit and Mrs. Who. And who doesn’t need Oprah to look them in the eye and remind them that a trillion things had to happened just right from the dawn of the universe to lead to the creation of exactly who they are? Everyone needs that. Everyone. Especially young girls. Especially especially young girls of color.

In the opening we see how much Meg’s parents love each other, something that deeply imprinted on me when I first read the book. We see Meg being bullied by the resident mean girl, though the Happy Medium later gives us a glimpse of insight into her tormentor’s own insecurity. We see the constant battle Meg fights, keeping her emotions reigned in when she wants to lash out.

I feel her. I was her. I want to give her a hug and tell her it’s going to be okay.

Once the trio of Meg, Calvin (who is obviously smitten with Meg equally for her brains and her beauty), and younger brother, Charles Wallace, leave earth for the first in a series of planets, it felt like the screen was showing me my own 10-yr-old imagination. The effects aren’t as “realistic” as the reviewers think they should be, it’s true. But it’s not supposed to look completely real. THAT’S THE POINT. Children don’t imagine in realism. They imagine in a complex amalgamation of vivid colors and shapes that don’t quite add up in our adult brains. (Though I will admit that. Mrs. Whatsit’s transformation was underwhelming. I’ll give them that.)

I did miss the Happy Medium’s non-genderedness. It would have been nice, especially right now. But I also loved Zach Galifianakis in the role, so I’m willing to let it slide. I also missed Aunt Beast, and I think that story beat would have improved the pacing a bit. Still, I understand that in a children’s movie there is a time consideration.

These are minor quibbles in a movie so good that I almost went immediately to another theater to watch it again. Meg’s race is never mentioned or made a big thing of, which in itself is revolutionary. Her blackness is not the point but it is there. It affects the way she experiences the world. It’s there as she ducks her head in shame when Calvin compliments her hair. Her curly hair. Her beautiful, natural curly hair she’s been taught to hate by the billboards she sees every day. Later the IT shows her a “perfect” version of herself in perfect clothes and – wait for it – bone straight hair. This was intentional. And seeing her finally decide she’s beautiful just as she is says so much by saying so little. 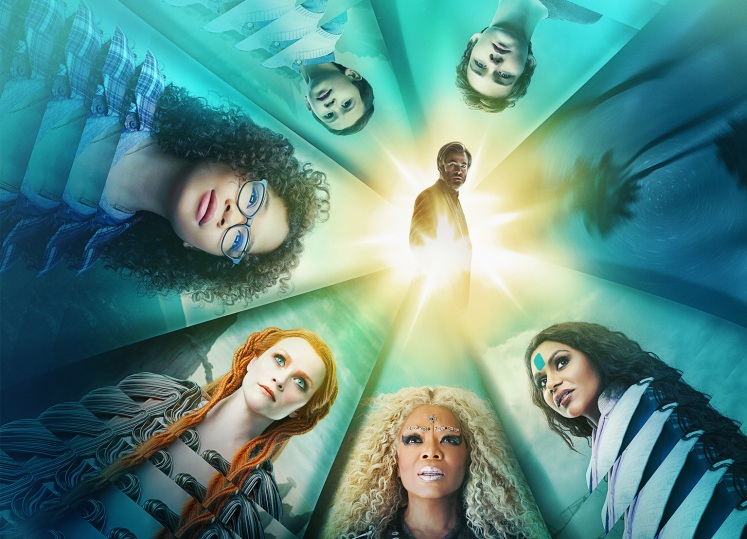 So why is it getting less than stellar reviews? I’m going to go out on a limb here and say — it’s because the vast majority of reviewers are white men, and this movie wasn’t for them.

The reviewers have spent their lives having images of themselves reflected back, being told they could be a superhero, love interest, powerful ruler. They have no idea the toll it takes on your heart having no one to look to as an example.

I mean, how many times did T’Challa need the women around him to tell him he was strong enough and smart enough and gosh darn it – people liked him? How many action movie trailers are full of “you are the chosen one” comments directed at the white boy destined to change the world? And yet when a middle school black girl needs a few repetitions of encouragement before she believes in herself, they’re ‘hitting the nail a bit hard on the head.’

Have you ever been a middle school girl?

I wasn’t prepared for how important the tiny moments in this movie would be. To see the most successful and powerful black woman in the world put her hands on the shoulders of a young, unknown, black girl and tell her that she has everything she needs within her to literally change the universe for the better. To watch a brown actress quote a brown man who changed the face of theater (“tomorrow there’ll be more of us,”) as she and Meg finally part ways at the end. To watch a woman who is constantly undervalued because she’s little and cute and blonde, give Meg the ‘gift of her faults’ to guide her as she fights the ultimate evil.

I’m thirty-four years old and I still needed to see and hear that to know that I’m a warrior.

So Mr. Reviewer(s), you’ve entirely missed the point of this film, and I can’t say I’m surprised. Ava DuVernay herself appeared on the screen at the top of the movie to remind you that this is a film to be watched with the quiet delight and imagination of a child. But to do that, you’d have to imagine a world outside of yourself for two hours, and that seems like a lot of work.

But if you’re a girl who felt or feels that you weren’t enough, didn’t belong, couldn’t fit in. If you’ve ever felt lost or broken or hopeless in the face of the giant cluster that is our current reality. If you’ve ever felt like the Darkness was too big, too much, and could never be defeated.

Go see A Wrinkle in Time, and be reminded the only thing more powerful than the Darkness, is the Light.

Where can I find…